Lately, given the sharp rise in property prices, real estate has become a hot topic. It’s difficult to explain the reasons for this upward pressure on prices since one of the main price drivers in previous years is missing at the moment – I’m referring to immigration. Since the start of the pandemic, national borders have been closed to nearly all emigration. The only other factors that can account for the current property frenzy are interest rates and demographics.

Property prices have been going up for many years, and are roughly the same in the U.S. What distinguishes us from our neighbours to the south, however, is that they experienced a real estate correction from 2006 to 2013, while the property market in Canada hardly blinked. In fact, the U.S. housing crisis triggered the 2008 stock market crisis as well as the collapse of Lehman Brothers. Since 1975, the average annual increase in house prices in the U.S. has been 4.6%, while in Canada the rise has been 6.3%, among the highest in the world.

Over the same period, taking inflation into account, the overall increase was 99% in the United States and 278% in Canada.[2] 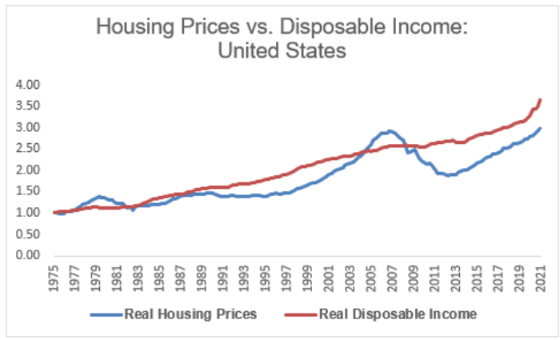 The current situation cannot be sustained for long in the United States, let alone in Canada! In light of these statistics, if you’ve been considering buying a property in Florida, now may be the time to do so! What is certain is that there is a definite imbalance between Canadian and U.S. real estate prices; as a result, we’ll likely see some adjustment on one side of the border in the years ahead!

The information contained in this article were prepared by Sylvain Lapointe, an Investment Advisor attached to: PEAK Securities Inc.; they were obtained from sources we believe to be reliable but are not certified and may be incomplete. The author is not responsible for readers’ financial decisions following this reading. The views expressed here do not necessarily reflect PEAK Securities Inc. PEAK Securities Inc. is a member of the Canadian Investor Protection Fund.

Do I have enough?

Is renting throwing away money?